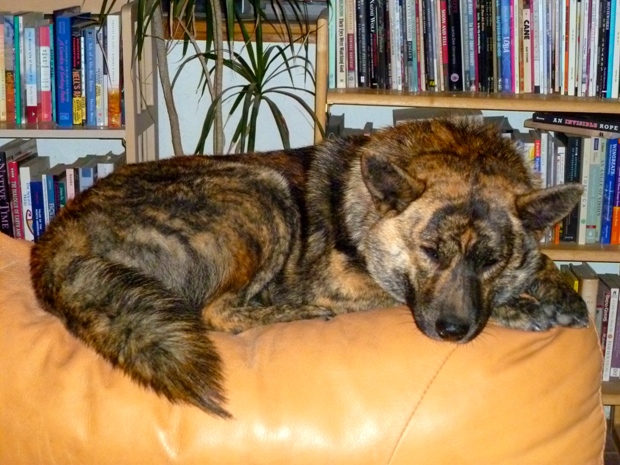 
The Kai Ken (also called Tiger Dog for the distinct brindle markings on its coat) is believed to be the most ancient and rare dog breed in Japan. They originated from wild mountain dogs in the remote district of Kai and have been used as hunting dogs for most of their history. The breed hadn’t been recognized in Japan until 1931 and was unknown in the USA until the early 1990’s. In 1934 the Kai Ken was awarded a national treasure status in Japan and is now protected by the law.

Being a hunting breed, the Kais are very intelligent, athletic, healthy and independent. They housebreak easily and are fairly easy to train, although they do require a firm hand and good socialization since very birth. They make good inside-house dogs, happy to live in an apartment as long as they are getting enough walks in the park. However, the Kais need to be kept on a leash – otherwise their strong hunting instincts will take over and lead them off on a chase of prey. 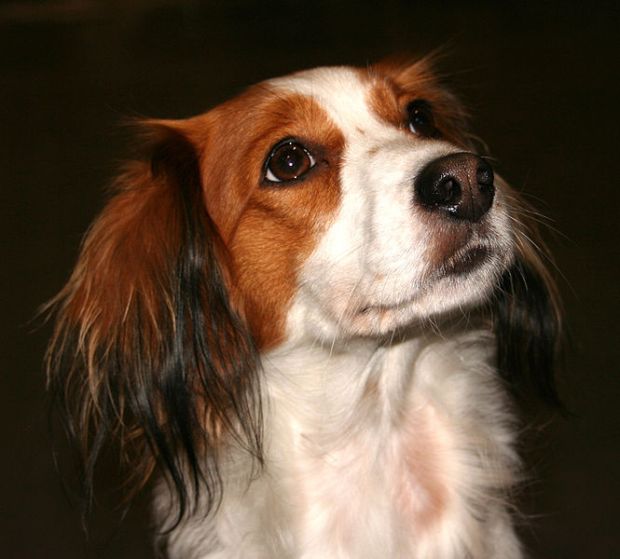 These small spaniel-type dogs that originate from the Netherlands used to be popular around 17th and 18th century (as evidenced by their presence in paintings of Rembrandt and other masters), but reached the brink of extinction after World War II. Thanks to enthusiasts’ efforts, Kooikerhondje have been rescued and are gaining recognition again, although the breed has not been recognized in the US or Canada yet.

The Kooikerhondje have a reputation for being well-behaved, quiet and loyal. They tend to be reserved with strangers, but grow friendly and affectionate once they warm up to someone. These are fairly energetic dogs, so it’s better if they have plenty of space to run around, like a fenced yard. Warning: since the breed has quite a small genetic pool, it’s prone to certain hereditary disorders, in particular von Willebrand’s disease, hereditary necrotising myelopathy (ENM) and eye diseases.

The Löwchen, or Little Lion Dog, at one point had the dubious pleasure of bearing the title of the world’s rarest dog breed: in 1971 there were only 65 registered examples in existence. Nevertheless, the breed’s history might be traceable all the way back to 15th century. Little lion dogs, companions of the wealthy and elite, appear in many Renaissance paintings and works of literature.

The Löwchen is a great house pet: friendly, playful and intelligent, and, unlike many other toy dog breeds, not known to be a barker. They need affection and may suffer from separation anxiety if left alone for a long time. They are also good with children, and make excellent family pets – it’s a real pity the breed is virtually unknown.

The Norwegian Lundehund is a small dog breed of the Spitz type that originates from Norway. As early as 16th century these dogs had been used to hunt puffins along the Norwegian coast. However, the interest for the breed died out with the introduction of new hunting methods. At some point there were only six Lundehunds left in existence, but thanks to careful breeding the population gradually grew to 1400 dogs (in 2010).

Two distinctive features separate Lundehund from other dogs: six toes on its paws instead of the normal four, and enhanced join flexibility, both of which are what makes it so good at cliff-climbing. In fact, the joints are so flexible that the Lundehund has the creepy ability to angle its head backward until it touches the spine. Temper-wise, they are brave, energetic and stubborn. Health-wise, Lundehunds have few problems, but some suffer from digestive disorders.

This adorable hairball hails from Scotland (namely the Island of Skye). There was a time when this breed used to be extremely popular with the British nobility: Queen Victoria in particular was quite the fancier. From there the Skye terrier’s popularity spread across the pond, and in late 19th – early 20th century it looked like the breed was well on the way to becoming a universal favorite. However, that never quite happened and the interest gradually died out. Currently the Skye terrier is considered an endangered breed that may well become extinct within 40 years.

Plucky, loyal and curious, Skye terriers are great for adult owners. Their silky coat needs regular combing, but otherwise they are relatively low-maintenance. Like many short-legged dogs they may suffer from degenerative disc disease. Jumping, climbing and even long walks are to be avoided for the first 8-10 months of a Skye terrier’s life, as active exercise may damage their bone growth and lead to problems later on.

These lovely scruffy-looking dogs are very rare even in France – the land where they have been living since the 9th century A.D. Because of their mutt-like appearance Berger Picards never managed to win over the hearts of the nobility, and came close to extinction as a result of the two World Wars. At present there are only about 3,500 of these dogs in France (and 400 altogether in North America.)

The Berger Picard is a lively and intelligent dog with a stubborn streak that makes formal obedience training necessary. They are herding dogs by nature, and good guard dogs because of their developed protective instincts. If not exercised regularly, these puppies may turn to destructive behavior out of pure boredom, but generally they are quiet and sweet-tempered. The Berger Picard is a healthy breed, although hip dysplasia might be a problem.

There are only a few known dog breeds whose history can be reliably traced back beyond the 9th century; the Kuvasz is one of them. The breed’s story goes all the way back to the Magyar tribes that conquered the territory of the modern Hungary in 896 A.D, bringing with them their livestock guardian dogs. The Kuvasz were a highly prized breed in medieval Hungary and stayed popular throughout the country’s history. However, during World War II the breed was almost completely exterminated because of their reputation as fierce protectors. According to different sources, only twelve to thirty dogs in the entire country survived the war. This severely limited the breeding pool, so the modern Kuvasz most probably has some genetic traces of other breeds that were used to rebuild it.

The Kuvasz is an intelligent and independent dog, which makes them only suitable for experienced owners. Obedience training is necessary for this breed.

Another ancient and rare dog breed, this time originating from Italy. Its name literally means “lake dog from Romagna” (Romagna is a district in Italy), and its traditional purpose is a water retriever. It is believed that many modern water retriever breeds are partly descended from the Lagotto Romagnolo. Currently, however, the breed is mainly used as a truffle-searching dog.

The Lagottos are active and loyal dogs, although not all of them make good domestic companions. They have quite a long life span of about 16 years, but may suffer from hip dysplasia and epilepsy connected with poor breeding.

Unlike most of the others on this list, this one is a new breed. It originated in Germany in 1960, when a group of enthusiasts set out to create a breed with the best qualities of the Chow Chow and the Wolfspitz. The resulting “Wolf-Chow” was later crossed with the Samoyed and renamed Eurasier.

Eurasiers are calm and quiet dogs, dignified and very loyal. They are reserved towards strangers and very attached to their family, which is why any training has to be carried out by a family member and not an external handler. An important thing to remember is that these are companion dogs. They need to stay close to their human and won’t be happy chained up, living in a kennel or being used as a guard dog.

The Glen of Imaal Terrier is a very rare dog breed: right now there are only a couple of hundreds of them registered in the USA. They reportedly originated during the times of Elizabeth I and are the least known of the Irish terriers. An interesting fact is that, according to DNA analysis, the Glen of Imaal Terrier is more closely related to the Molossers (bulldog/mastiff/boxer type dogs) than to other terriers.

Like all terriers, Glens are energetic, stubborn and fearless. Unlike most terriers, they are not barkers. They are intelligent and learn fast, especially if led by a firm hand. Glens are good with people, although may be aggressive towards other dogs. A known health problem is progressive retinal atrophy, a condition that gradually results in blindness.