As practicing divorce attorneys in Oak Brook and Chicago, we have occasion to speak with many new clients who are contemplating, or are already involved in, a trial separation.

It is our experience that “trial separations” are not what we think they are. As a rule, they are not testing periods in which the party seeking the separation tries to sort out his or her thinking. They are not bona fide attempts to save the marriage; rather, and more often than not, they are the first step of the divorce process. 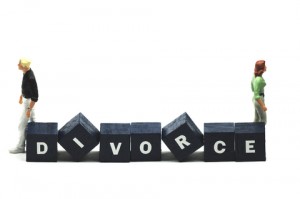 It takes a considerable amount of courage to “drop the bomb” on one’s spouse and announce that you want a divorce. To the deliverer of this dreaded message, the actual making of the announcement often seems more painful than continuing to live in an unhappy marriage. Consequently, we are inclined to avoid having this conversation and some of us are successful in avoiding it for decades.

Those that do get the words out generally take the line of least resistance and make it sound like they are not sure of their intentions. They ask for a trial separation when, in their minds, it is actually the start of a permanent separation.